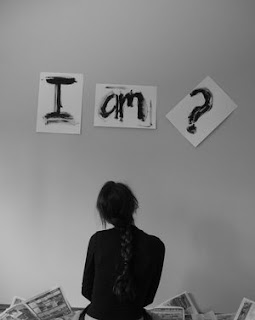 Have you ever had a moment in your life that you realized just changed everything? Where all of a sudden what you thought was one way is really headed in a different direction and you can point to the exact moment, but you are not sure what to do about it? I had one of those moments yesterday afternoon in a coffee shop. In a matter of minutes, I had to begin to unpack all of my thoughts and feelings and sort through them so I could place them elsewhere. To some degree, I was fully prepared for that moment, but in a way, I was hoping for a different outcome. The Lord had been faithfully preparing me since the day before, and perhaps even in the months prior. I am only beginning to understand the new path I am headed down, and why. I feel like I am stepping out into a new world, and while somewhat painful, I feel like the veil is coming off. In the months before this moment changed things, I had begun to hope for something I had lost hope in. This moment threatens to take that hope back with it, but I am fighting to hold onto it. Just because the moment took away the instigator of the hope, it doesn't mean that the hope is lost. Perhaps the whole process was intended to regain that hope so that I could regain a firm hold on it. The Lord is tearing down the arguments as I am processing this moment, and I am feeling raw and vulnerable. Yet, I feel safe and protected. He called me to trust Him, and I am choosing that daily, moment by moment.

I felt strange walking to my car this morning, because things were different. So different. And yet, I was still moving forward. I am grateful for the Lord's faithfulness as I learn what this means.
Posted by Unknown at 3:13 PM 2 comments:

random activity of the day

One of my goals for this year is to write five new songs because I have not written any new songs in a long time, and I love to write! I had no idea I was going to get started so soon, nor that my first song would be so ridiculously silly. I got my inspiration from my friend Tim who texted me a while back that he wanted to write a country song called "Ha ha, no", because that is a phrase he associates with me. He usually gets that when he comes up with a ridiculous idea and tries to get me to agree with it. I was cleaning out my texts and saw that text as I was taking my lunch break. Next thing I knew, I was developing lyrics! In a short amount of time, I had a full song. All I have left to do is put it to music...which involves some time with my guitar. I have a melody pretty much for it, so it is just a matter of fiddling around before I have a complete song. Tim has claimed royalties. Ha ha, no.

I almost decided not to share it, but rather just share my experience of coming up with it, but what fun is that? So, you can laugh at it like I did, I won't be offended. But I must say, it is not bad.

I’m not shy about
Sharing how I think or feel
If you head
In the wrong direction, I’ll say no deal
It’s not worth the risk
I’ll put up a fight
You’ll get a smile
Then the look as I say good night