memorials, walls and other things 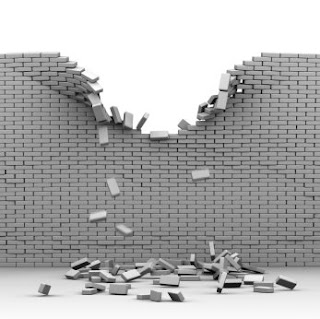 All this week has been rather blah for me in terms of my emotions and even my physical health. I have been in a bit of a funk lately, and while it is easy to blame it on surface things, the truth is that it runs much deeper. It is easy for me to say that the memorial service I went to this week was the strike the match needed to light this funk on fire...it was for a co-worker's husband who died of the same thing my mom did a little over two years ago. I did not get to have a memorial service for my mom. Complicated issues with my step-dad led to a parting without a remembrance. She was simply gone. The memorial service for this man was amazing. He lived a motley-crue-kind-of-life prior to being saved in prison, and he since then lived his life for the Lord. A man who impacted countless lives through the love of Christ that bore witness in him. I wept for many reasons throughout the service...I want to be like him. Like Christ. I wept for his wife's loss. I wept for my own loss, and that I did not get the chance to honor my mom in a similar way. It was complicated, but I felt the Holy Spirit gently reminding me of His presence.

I have been fighting allergies and cold symptoms all week too...sapping my strength and really causing me to want to stay under the covers until the funk passes. But really, these things are surface level triggers to the deeper issue.

God is asking me to tear the walls down.

He has been giving me things I have only secretly hoped for, and He is saying that if I want more, if I really want to live the life He is calling me to live, I need to tear the walls down. The walls that separate me from feeling the FULLNESS of His love. The walls that keep both Him and others at an arm's length away because if anyone gets too close I might get hurt. I might be disappointed. But God's love casts out fear. The walls have been my comfort zone, my shelter, my strength. The truth is, though, that my walls hold me back. I am missing out on the BEST God has for me when I hide behind the walls. I love God, but I have yet to experience the fullness, the surrounding love that never fails. And if I want more than this settled life, I have to let Him in. When I choose my comfort over the letting go, I am choosing to keep God at a distance. I am settling for second best. I am placing an idol in between myself and the very best God has for me. It is not an easy choice. The flesh loves comfort, and fears change. But my spirit has been aching for so long that I am dying to be set free. So, my struggle is plain and on my face as I am making the decision to let go. God tore down the walls of Jericho. He can tear down mine. But truthfully, He won't unless I let him.
Posted by Unknown at 9:36 PM 2 comments: 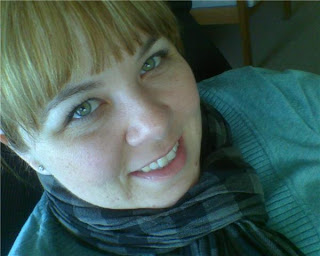 I was tagged this afternoon by the lovely Jen Dean, which means I am meant to now tag others so that they in turn do as I am doing. Which is what? As soon as I saw her blog which tagged me in it, I had to take my picture, then post it in my blog. No stopping to make myself look pretty or add makeup or fix my hair, but stop and take the picture. So I did. I read her blog just before going home from work, so this shot was taken from my cell phone around 5:20pm. I just put on my scarf to leave because it was (and still is) cold outside. I am late in posting but I promise, this is the picture of when I saw the tag. Anyway, my turn to tag!!!

Um, I only have six people who read this and write a blog and half have been tagged. Guys, it is time to represent! Go Estevan, Justin and Brandon! Tag, YOU ARE IT.
Posted by Unknown at 9:42 PM 2 comments: 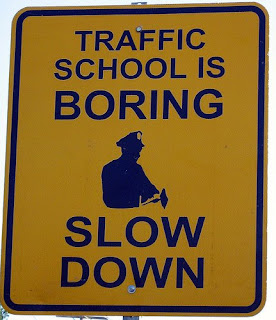 Getting lost in L.A. + following 2 other people + green, then yellow, then oops, red light =
your picture taken + $390 in ticket fees + another $40 for traffic school + a whole day in a classroom with others who broke the law

I got to experience Comedy traffic school which basically equaled traffic school with cheesy jokes and a game of family feud traffic school style. On the whole, as the teacher explained, it was not painful, but nevertheless, it was something one does not want to experience on a regular basis. I learned what a weaving lane is. I have always known what one is because I drive on them all the time here in my hometown, but what it was called? Nah. But I know now...

I made a lady mad in the game of family feud when I grabbed the eraser from her hand before she could get it. She essentially grabbed my hand, then began to yell that I cheated. Nope, I was quicker. Anyway, she was so mad that she took another turn shortly after that one. I thought that was funny. I learned a few other things too, that some laws have changed since I started driving, and I never knew that they had changed. Like that the speed limit in a non-posted area is 25, not 35 like it used to be.

I will leave you with one of the many jokes told to me today...again, not painful, but not something you want to experience regularly:

A horse walks into a bar and orders a margarita. The bartender begins to make the drink- tequila, juice, shake it and salt it. Gives it to the horse who "phoomp", shoots it down the hatch. The horse likes it so much he orders another. The bartender does the same, and again, the horse drinks it with as much gusto as the first time. The horse asks for his tab. The bartender tells him, "that'll be $40.00". The horse reaches back to his saddle bag and gets the money to pay. As the horse begins to leave, the bartender says "say, I don't see many horses coming into this bar...". The horse says, "yeah, and at these prices, I doubt you'll see one again!"
Posted by Unknown at 5:28 PM 3 comments:

Lately I have been looking at other blogs and have loved their backgrounds, but had no idea how to change mine. I went to the little website that you can now see on my page, and after some searching, figured it out. I love the femininity of this backdrop...and yes, even that it is pink. In the past, I have not been so into pink, nor that feminine, but I feel like God is drawing out the real me. The woman who isn't afraid of her beauty and knows how to walk comfortably in it. I used to be fairly tomboyish...having grown up with boys, that cannot really be helped. I did not feel really comfortable in my own skin. Sometimes I still don't, but I am learning. I still love wearing jeans, but I have begun to bring out the feminine side of it. This backdrop really captures what God is doing in my heart and in my life, and the timing of its newness is perfect as well. God is doing many new things in my life, why not this too? I hope you agree that it projects the grace and beauty of who I am becoming, and who I am meant to be.
Posted by Unknown at 1:29 PM No comments: 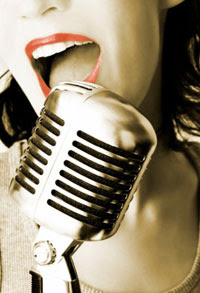 I decided to write a new post because I did not want to look at the work pile anymore when I went to my page. Lately I have been getting tired of my old ways of thinking. I am really good at limiting myself. The lower the expectations, the less it hurts when I don't meet them. The truth is that I am not meant to be the one creating the expectations. When I do, I settle for second best, hiding in the back and being comfortable. But it also means that I am limited. I am tired of limits. One area that shows this is in the area of singing. I have always been a back up singer, or part of the choir. But secretly I have always wanted to be more. I never went there because I did not think I was good enough, so I hid in the back. This weekend there was an opportunity to try out for something greater, to try out for leading worship. I admit I was nervous. But I determined not to let that hold me back anymore. I am determining not to let uncertainty dictate my actions anymore. So, I tried out. I sang with what I could, and I feel fairly confident that I did well. I don't know the decision yet, but no matter what is decided, I am glad I pushed through the nerves to go for something I have always been afraid to dream for. God gave me the gift of singing, and I want to glorify Him with it with all that I have. No more limits, not just in song but in life. I want to look at things differently. I want God's plan for my life.