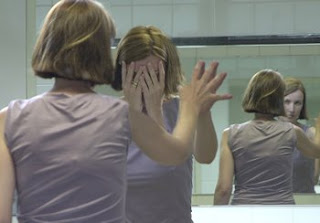 Have you ever felt like you've been battered and bruised deep inside, only to realize that you've been fighting yourself? Swinging low, swinging hard, beating yourself up for any number of reasons...

It's a dangerous game...regret. One that not only keeps you from being blessed, but also steals from who you are, who you are meant to be. It leads to shame...keeps you looking down instead of up. Leaves you waiting for the next blow to fall. Except it usually doesn't, and you beat yourself up because you think you deserve it. Or you live your life wondering when the next person is going to come along and tell you that you were right. You should have, why didn't you? And then you'd feel justified in your shame.

We need grace. It turns the voice of doubt and shame into hope. Hope that you can look up again and you don't have to work so hard to get back to that imaginary place where you thought you might have deserved it once. Hope that for once you can get back up and not worry if you fall again. Grace takes the fear of failing away. It gives you the hope to try again. Grace is beautiful and complex. It wipes away the tears of disappointment and regret and urges you to move forward. And when you do, you free fall into possibility. You open the door instead of close it.

Give yourself grace. Give others grace. And most importantly, receive God's grace. There is nothing more freeing than that. In it you can begin to expect the unexpected with full anticipation...no more looking back or pushing yourself down. Open up to grace. 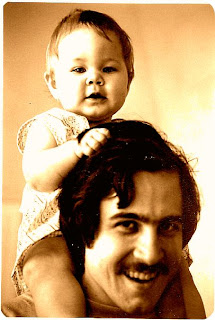 I have written several tributes about my mom over the last few years, and have recently realized that I have not written a lot about my dad. Part of it is because most of the time tributes are associated with the death of loved ones...and as Monty Python would say...he's "not dead yet!" My dad is very much alive and just celebrated a birthday. With Father's Day coming up and some realization over this last year of how much my dad's life has blessed mine, I decided to write a tribute to him. He is a faithful reader to this blog, so I am sure he is going to shake his head at me as he reads this, but more importantly, I hope he feels honored by it.

Psalm 112:2 "His descendants will be mighty on earth;The generation of the upright will be blessed."

I am not going to write a long story about his life, but rather how his life and decisions he made affected mine...affected the future generations in our family to come. As it says above, the generation of the upright will be blessed. My dad did not always serve the Lord or live an upright life, but when I was five, he and my mom decided I should go to a Christian school for Kindergarten. One evening, all the families were invited to a concert put on by a man who played many interesting instruments and shared the gospel with them. My dad walked away from that concert changed. We moved from up to Oxnard when his company changed locations, and found a church home and Christian school. My dad began to pursue the Lord, and we got baptized as a family, including my mom. Over time, things began to unravel in my parents' marriage, and my mom chose to leave. She believed that my dad chose church over her and made decisions out of that. She was wrong, but in a way, my dad's decision to serve the Lord despite the situation began to change the future for my brother and I, and the rest of our family I hope. He faithfully took us to church even when we didn't want to, and served the church as he could. Ultimately, my dad ended up taking care of my brother and I full time, as my mom was unable to. He made many sacrifices and struggled with giving us the best care...something I am not sure I will ever understand to the fullest. His heart broke when he had to bring us to work with him when we were ill, or when he felt like he could not balance all that life had to throw at him. Most fathers don't take on the role he did... He laid his life down for us. And he never walked away. And all the while, he tried his best to represent the Lord. He did a good job. He practically even adopted my best friend Jami to add to our crazy little bunch, and as a result, she too loves the Lord. My dad may not have known it at the time, but God was using him to win the hearts of his children and their friends.

I didn't always walk close to the Lord either, and my life too has not always been upright before the Lord. High school was a rough time for me emotionally for a lot of reasons, and I know I lived a life of going through the motions. I went to church to honor my dad. I am so grateful that he was a rule maker. If he had not loved me enough to put his foot down in certain areas of my life, I know I would have made choices I'd later regret. Instead, I obeyed his rules most of the time, and lived under that protection. My dad remained steadfast. He continued to serve the Lord. I know he had ups and downs. I can't pretend to know all of the details, but I know he persevered. Life during this time was not easy. A new marriage, new family dynamics, and a crazy teenager who in her heart was rebelling against the Lord. One thing that has stuck in my heart as a blessing passed on, as well as a beautiful memory, is singing with him in harmony at church. He has the heart of a worshipper, and passed that on to both of his children. Even during this tenuous time, I loved singing hymns with him.

I grew older, and was ready to fly away from the coop. I wanted to run, and do what I wanted. I am sure he must have been praying for me because it wasn't two weeks after moving out that I found myself in an amazing church, and in the presence of God. Years of prayers came to fruition in that moment, and my life was changed. And I have never looked back. My brother too had his journey of some difficult years, and now serves in his church, walking out what it means to be a man of God. Because of my dad's decision to love and serve the Lord no matter what, even at the cost of losing my mom (although he was willing to reconcile before she left for good), the generation is blessed. My dad now acts as a Deacon, preaching the word of God, a dream fulfilled in his heart as the word is a passion of his. And I couldn't be prouder. He is an excellent communicator and teacher, and represents God well. Everyone loves it when he preaches. I love that God has taken our family and changed its future because of a decision. My dad's decision. I love that I have hope that my uncle, his brother, will come to know Christ as his Savior because he is willing to come hear my dad preach. I am so thankful, so so thankful for my dad. My future is determined by the Lord because of him, because of his prayers and hope for my future.

My family has the hope of the blessing poured down through the generations of a faithful people. I am so excited to see it come into fruition. To see my dad be a grandpa one day. It brings more joy to my heart than I could ever express. And to know that they too will serve the Lord.
"But as for me and my household, we will serve the LORD." Joshua 24:15 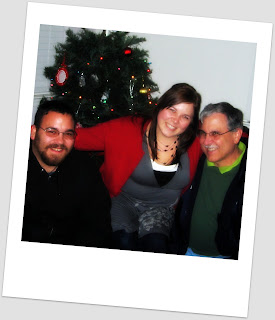